There’s no better time than now to make a visit to Walt Disney World! Here’s everything you need to know to experience a fun-filled vacation with your friends and family at Walt Disney World this summer, courtesy of Disney:

The fun is heating up at Walt Disney World Resort with all-new entertainment and more rounding out a simply incredible summer.

Donald’s Dino-Bash! is a lively celebration with festive decor and character greetings galore. During this prehistoric party Donald and pals take over DinoLand U.S.A. to celebrate Donald’s new-found discovery that ducks are actually descendants of dinosaurs. Guests will enjoy photo ops and greetings in several locations with feathered friends like Donald, Daisy, Scrooge McDuck, Launchpad McQuack, and others during a rip-roaring party. The day culminates with a nightly Dino-Riffic dance party with Chip ‘n Dale, along with a DJ spinning wild tunes.

At Magic Kingdom Park, Super Heroes take center stage with the Incredible Tomorrowland Expo. This celebration of all things super welcomes Edna Mode – the legendary supersuit designer for the Supers – to Magic Kingdom Park for the first time ever. Mr. Incredible, Frozone, Mrs. Incredible and other characters from the Disney●Pixar film, “The Incredibles,” and the upcoming “Incredibles 2,” join together for an interactive celebration featuring incredible decor and high-energy music. Families can even get their groove on during “Super Party Time,” a continuous dance party and show on the Rockettower Plaza Stage with themed games and engaging performances by up-and-coming Supers. 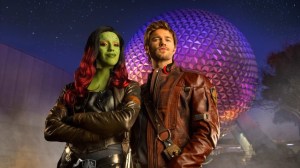 Incredible summer fun continues at Epcot with more Super Hero action. Star-Lord and Gamora, from the “Guardians of the Galaxy” movies take guests on a musical journey through the cosmos in the Guardians of the Galaxy – Awesome Mix Live! concert series. Featuring hits from Star-Lord’s Awesome Mixtapes – fun and favorite tunes from the two movie soundtracks – the show will take place five times daily through Aug. 19.

Will you be visiting Walt Disney World this summer?
Please leave a comment; I would love to hear from you!