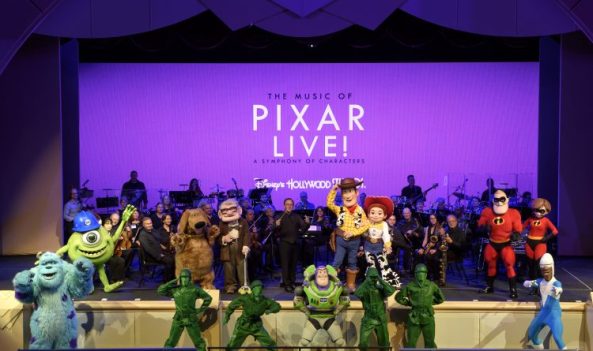 If you’ve visited Disney’s Hollywood Studios lately, you know that with so many attractions closed and all of the construction going on, Disney is looking for ways to keep guests happy and entertained while in the park. Just for the summer, Disney is offering a brand new show that Pixar fans are sure to enjoy – “The Music of Pixar Live! A Symphony of Characters.” This 40 minute concert is presented three times nightly at Theater of the Stars, following the regular daily performances of “Beauty and the Beast Live on Stage.” Here’s everything you need to know courtesy of Disney:

Beloved characters and soundtracks from Pixar Animation Studios’ films take center stage all summer long with “The Music of Pixar Live! A Symphony of Characters” at Disney’s Hollywood Studios. 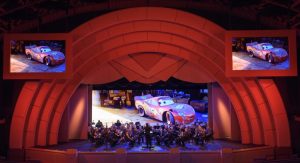 From now through August 27, 2017, “The Music of Pixar Live! A Symphony of Characters,” inside Theater of the Stars, treats families to a celebration of the music, animation and characters of Pixar films. Featuring fun character moments and brilliant animated scenes on large video screens, a full orchestra performs selections of the stirring soundtracks from films such as “Toy Story,” “Up,” “Finding Nemo,” “Finding Dory,” “The Incredibles” and “Cars.”

From the moment arriving guests are greeted by Green Army Men until the closing finale of You’ve Got a Friend in Me, in which the audience is encouraged to sing along, it’s a Pixar celebration like no other.

Throughout the show, beloved Pixar characters add moments of comedy and fun before their featured segment. As an example, Mike and Sulley take the stage to collect laughs as Mike tries stand-up before the “Monsters, Inc.” segment comes on-screen. Woody, Jessie and Buzz Lightyear unwrap the “Toy Story” segment and “Up” is fronted by a special appearance of Carl Fredricksen and Dug. Can’t forget Dory (though she might!) – appearing before the “Finding Nemo” and “Finding Dory” segment.

Showtimes vary for “The Music of Pixar Live! – A Symphony of Characters” so be sure to pick up a Times Guide when entering the park!

Will you be checking out “The Music Of Pixar Live” this summer?
Please leave a comment; I would love to hear from you!