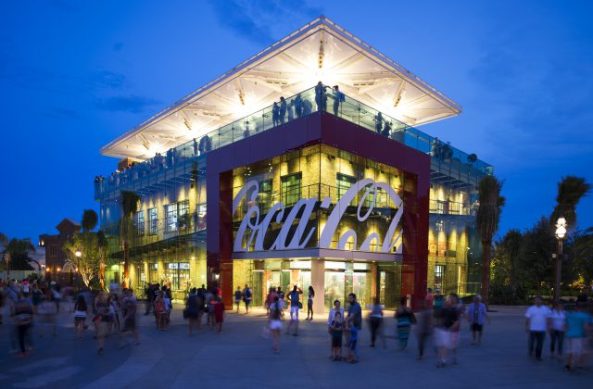 Hey Coca-Cola fans, if you love Club Cool in Epcot than I have a place you’ve got to visit on your next Walt Disney World vacation! Head on over to Disney Springs to check out the incredible new Coca-Cola Store Orlando that opened this summer. Here’s the scoop about this new hot spot: 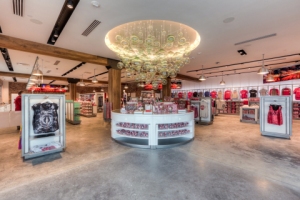 Coca‑Cola Store Orlando is modeled after a 1920s Coca‑Cola bottling plant. Celebrating the history of Coca-Cola, the inviting brick exterior gives a nod to the brand’s heritage while the glass-accented entry pays tribute to the iconic Coca‑Cola green glass bottle. Inside, guests are welcomed by a 30-foot-wide blown-glass chandelier crafted from repurposed Coca‑Cola bottles – just one example of how this unique retail experience was designed with the environment in mind. The store – one of only three retail locations operated by The Coca‑Cola Company in the United States – features a broad assortment of Coca-Cola branded merchandise. A line of sustainable fashion apparel and other handmade items crafted from recycled materials showcase the 5by20™ collection – an array of items created by women artisans from around the world. 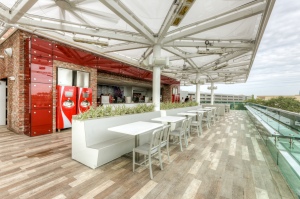 Guests can visit the refreshing rooftop beverage bar and taste an ice-cold Coca‑Cola while taking in the sights of Disney Springs. For the ultimate Coke experience, guests can choose from a variety of Coca‑Cola brands from around the world such as Beverly from Italy and Thums Up from India, frozen beverages and over 100 drink choices via Coca‑Cola Freestyle. A selection of specialty adult beverages is available in the evenings.

“Coca‑Cola shares much in common with Disney, including our ability to inspire unique moments of optimism and happiness for our fans,” said Russell Jacobs, General Manager of Retail and Attractions at The Coca‑Cola Company.

Stefanie Miller, Senior Vice President of Strategic Partnership Marketing added, “We’ve been a proud partner of The Walt Disney Company since 1942, and both brands hold a special place in people’s hearts and minds. Now we’re raising a glass to Coca‑Cola Store Orlando, where Disney and Coca‑Cola fans alike can truly ‘Taste the Feeling.’”

Beginning in August, guests can share a moment with the famous Coca‑Cola Polar Bear. Bear hugs, high fives and photos will all be welcome! 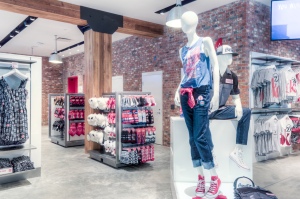 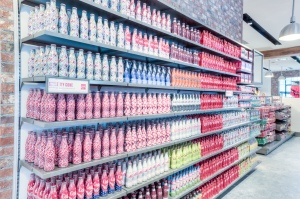 About The Coca-Cola Company

Company (NYSE: KO) is the world’s largest beverage company, refreshing consumers with more than 500 sparkling and still brands and more than 3,800 beverage choices. Led by Coca-Cola, one of the world’s most valuable and recognizable brands, the company’s portfolio features 20 billion-dollar brands, 18 of which are available in reduced-, low- or no-calorie options. Their billion-dollar brands include Diet Coke, Coca-Cola Zero, Fanta, Sprite, Dasani, vitamin water, Powerade, Minute Maid, Simply, Del Valle, Georgia and Gold Peak. Through the world’s largest beverage distribution system, they are the number one provider of both sparkling and still beverages.  More than 1.9 billion servings of their beverages are enjoyed by consumers in more than 200 countries each day. With an enduring commitment to building sustainable communities, their company is focused on initiatives that reduce their environmental footprint, create a safe, inclusive work environment for their associates, and enhance the economic development of the communities where they operate. Together with their bottling partners, they rank among the world’s top 10 private employers with more than 700,000 system associates. 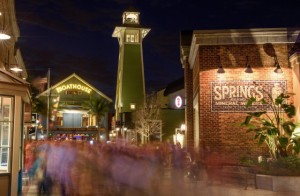 Disney Springs is a one-of-a-kind Disney experience, treating guests by day and night to great dining, shopping and entertainment amid beautiful open-air promenades, flowing springs and waterfront charm. Offering an air of sophisticated grace and design that harkens to Florida’s waterfront towns at the turn-of-the-century, Disney Springs is home to four distinct, outdoor neighborhoods: The Landing, Town Center, Marketplace and West Side. Nearing completion in 2016, Disney Springs has been undergoing the largest expansion in its history to double the number of shops, restaurants and other venues for guests to explore, which will result in more than 150 establishments.

Will you be visiting Coca-Cola Store Orlando in Disney Springs?
Please leave a comment; we would love to hear from you!