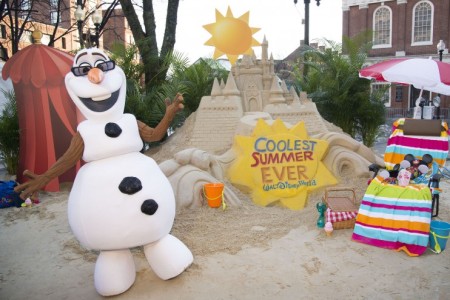 Have you heard the exciting news? Disney World is bringing back the 24-Hour event to kick off summer! Here are the details from Disney:

Memorial Day weekend is the traditional start of family vacation time, and Walt Disney World Resort will launch into the season full force. The Magic Kingdom will be open 24 hours to guests from 6am to 6am, Friday May 22 to Saturday, May 23. Guests will be invited to come in costume to show their Disney Side while a selection of favorite attractions, entertainment, special event merchandise, plus food and beverage are on tap all night long to celebrate the start of the “Coolest Summer Ever” at Walt Disney World Resort. The around-the-clock celebration features Disney character greetings, dance parties and surprises into the wee hours of the night. 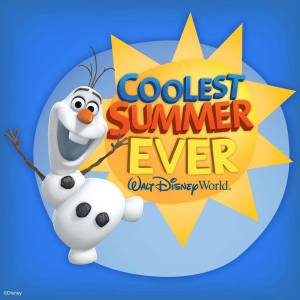 During the “Coolest Summer Ever,” with Olaf as the official host, Walt Disney World guests can get their cool on all summer long at four theme parks and two water parks.

Frozen Fun – “Frozen” Summer Fun LIVE will bring together Princess Anna, Queen Elsa, Kristoff and Olaf with citizens of Arendelle, all appearing daily in shows and experiences at Disney’s Hollywood Studios, June 17 – September 7. Guests will find cool thrills this summer including a royal processional, a sing-along show, Frozen-themed treats and merchandise, plus a Frozen fireworks display above Hollywood Blvd.

New Restaurants and Shopping – Throughout the summer, new waterfront dining and boutique shops flow into the Downtown Disney shopping/dining/entertainment district as its transformation into Disney Springs continues.

A Splash at Water Parks – A cool new deal doubles the fun at Disney’s two iconic water parks – Disney’s Typhoon Lagoon and Disney’s Blizzard Beach. Purchase a one-day water park ticket and park-hop between the two water parks in the same day that both are open. 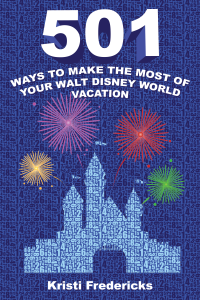 Will you be attending the 24-Hour Summer Kickoff?
Are you excited for the “Coolest Summer Ever”? Please leave a comment!